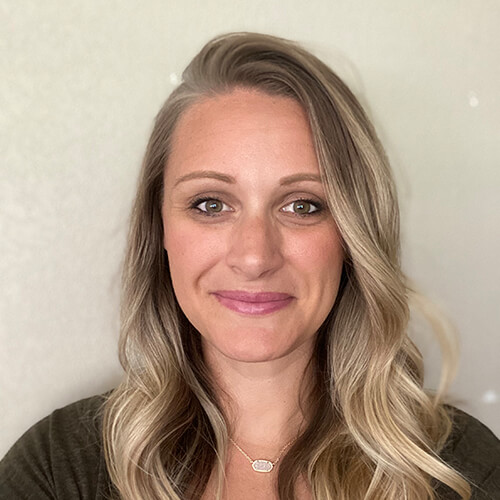 Callyn started her medical training in high school where she was a part of a Medical Academy in Bakersfield, California. After graduating high school, she joined the United States Army and worked as a Combat Medic in Baumholder, Germany. After the military, Callyn continued her medical career as an Emergency Medical Technician for Careflite here in the Dallas-Fort Worth area while going to school to become a Registered Nurse at Texas Woman’s University. Callyn then spent 13 years at Children’s Medical Center, Dallas in the Intensive Care Unit. She continued her education at Texas Woman’s University, where she obtained her Master’s Degree as a Pediatric Nurse Practitioner and is now excited to be working at MD Pediatrics.

Callyn Kowalewski joined our team in 2021. She is located at the Coppell Office.

Callyn grew up in California, but is now a proud Texan. She met her husband in Germany while they were both in the military. They now have 5 kids together, 4 girls (Mikayla, Gracyn, Payton and Logan) and 1 boy (Cru). They live in Dallas but also have land outside of Graham where they own cattle. They love to spend time at Cedar Creek Lake with their family and have their hearts set on purchasing a lake house to escape to on weekends so they can continue to make memories at that lake for years to come.

"We just had our first baby last week and needed a pediatrician asap in order to be released from the hospital. We were referred to this office and Dr. Forbes. Very nice office, staff and doctor. One visit changed our whole world around. Glad to have found our doctor and this office."
NT
Noel T.

Are You New Here?

Welcome to MDPA, your Patient-Centered Medical Home. We look forward to serving your family!